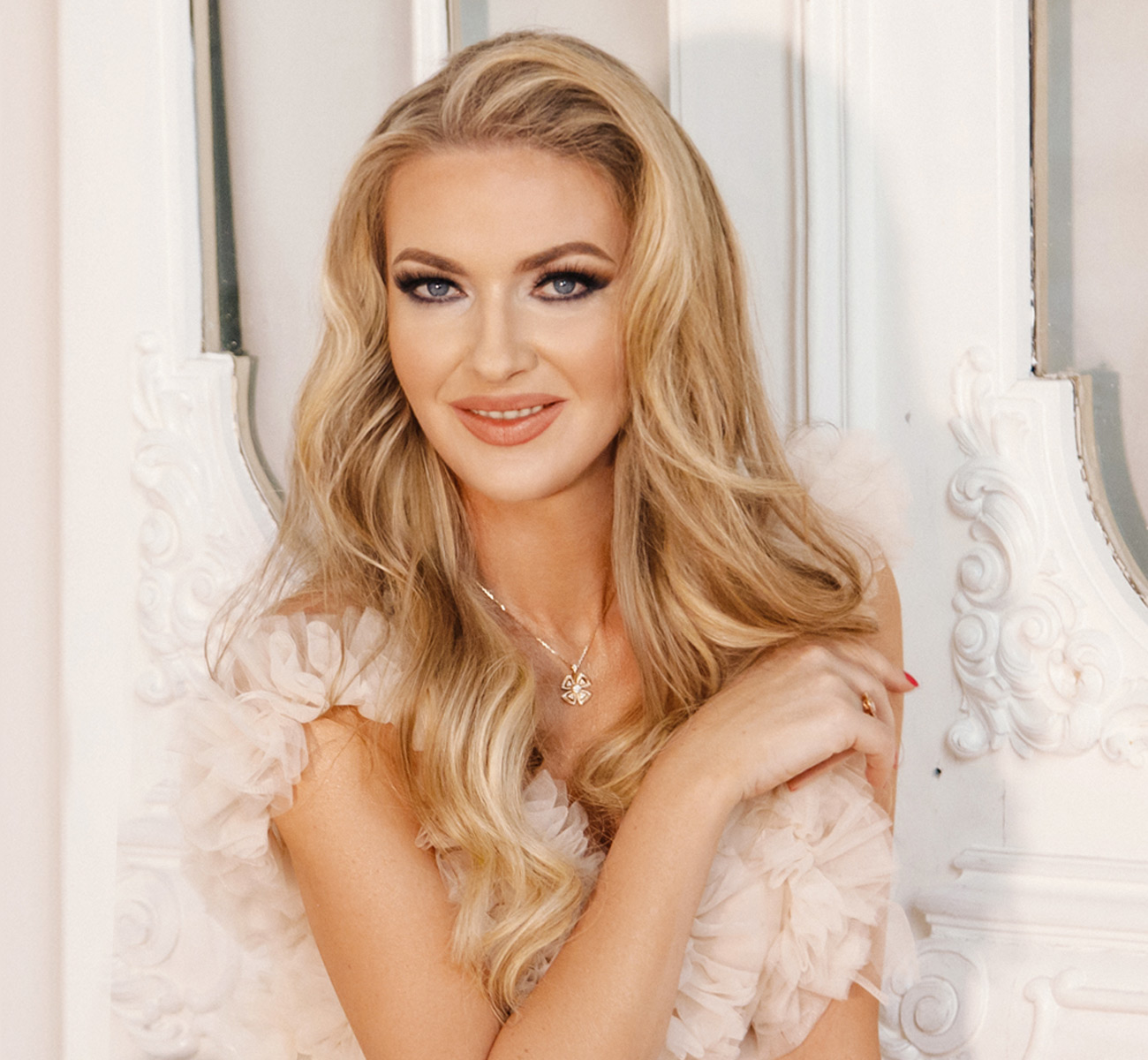 Lenka Graf is a soprano, philanthropist and founder of the Energy Helps Foundation, which focuses on education, a healthy lifestyle and children’s theatrical and musical activities throughout the Czech Republic.

In her hometown of Ústí nad Labem, she often organizes charity events at which a number of celebrities have already performed, such as opera singer Štefan Margita, Eva Urbanová, Markéta Fassati, Lenka Filipová and many others. In addition to musical and charitable activities, she is a loving wife and mother of two children.

Lenka Graf together with Dark Tenor, one of the most successful artists in his genre, released a duet called You Are Not Alone. The song is a second single from the upcoming album, and Lenka worked on it with the famous producer Charlie Midnight, multiple Grammy award winner.

A video to this song will be a live recording of Lenka Graf and Dark Tenor’s joint December tour. The tour and this duet was supported by the Eklipse string quartet, which you could see and hear on the Nightwish band tour. 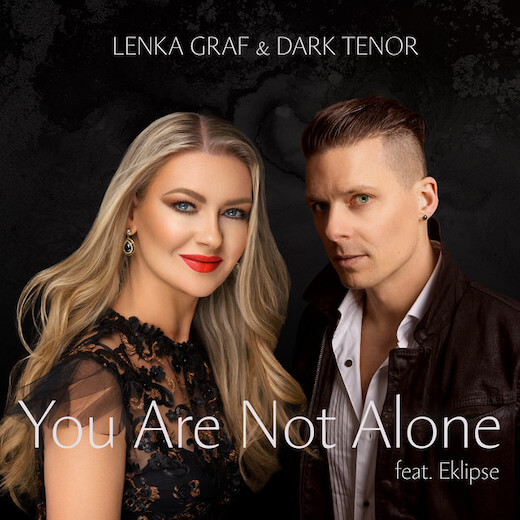 Lenka Graf & Dark Tenor
You Are Not Alone 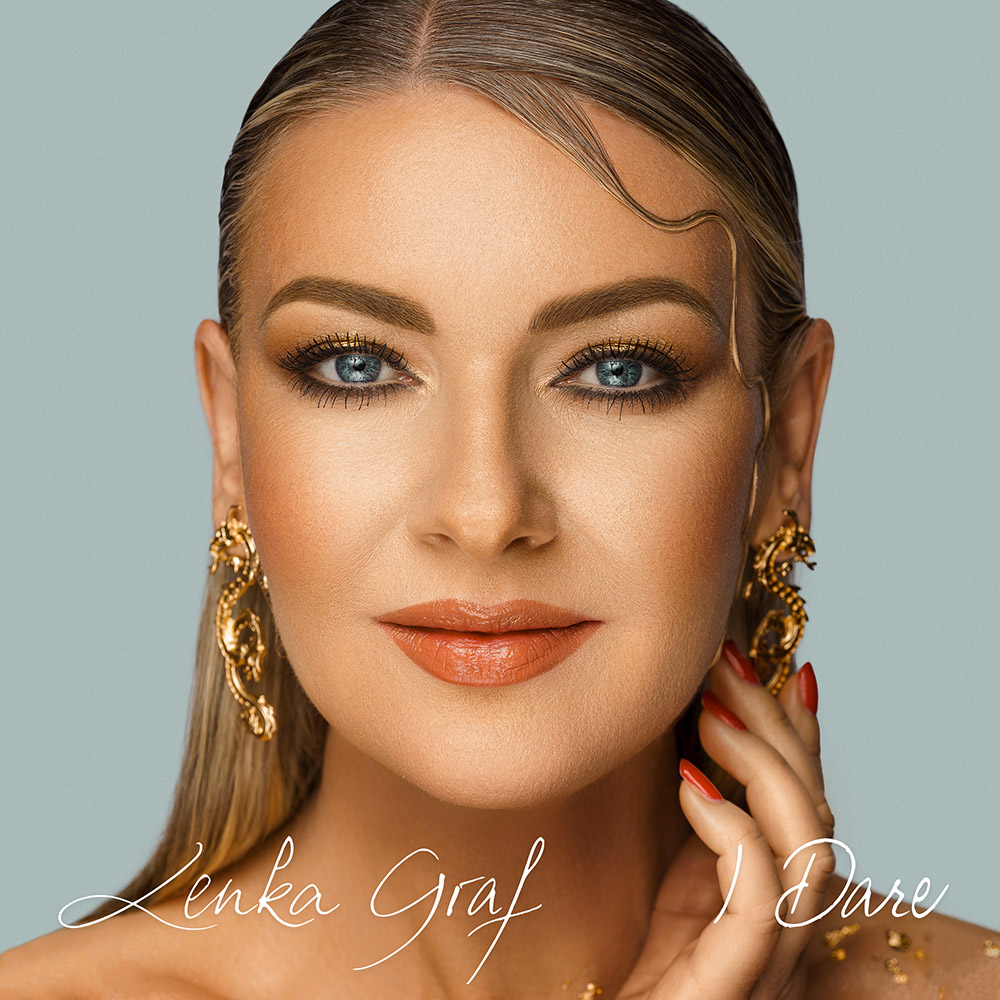 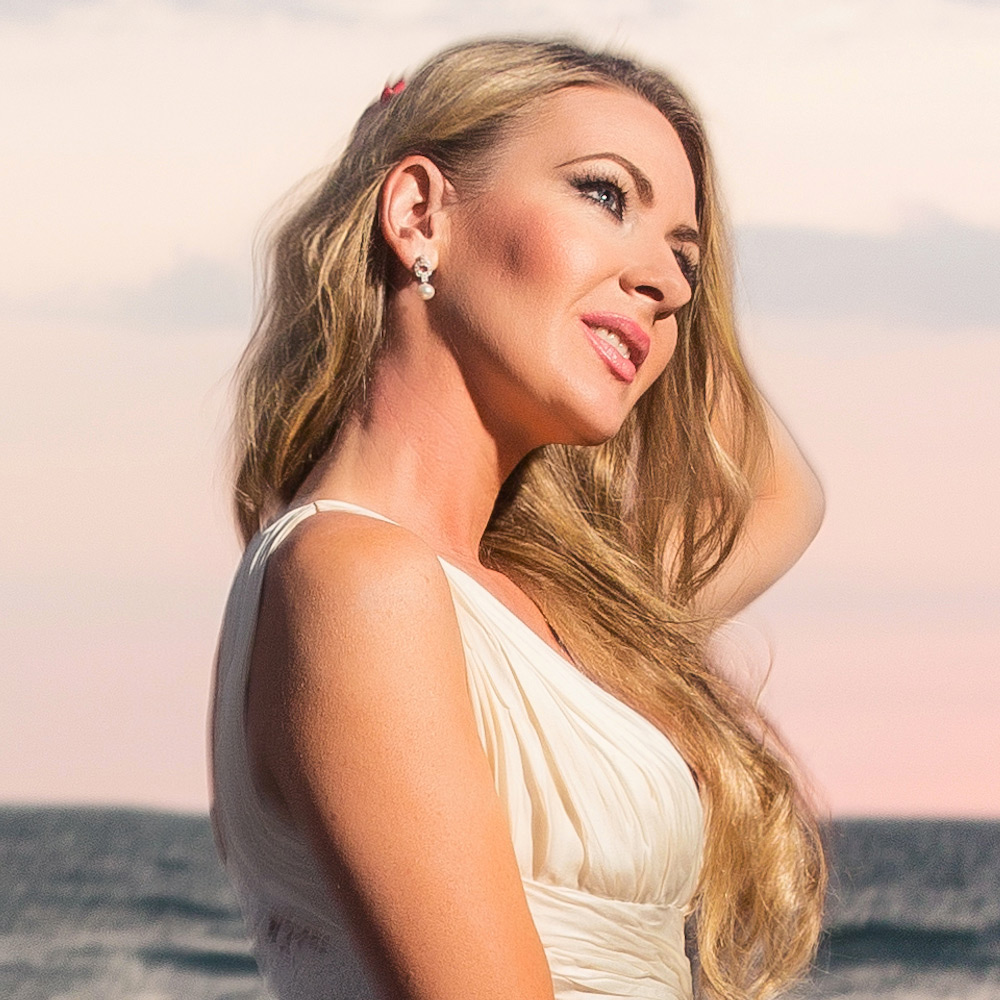 Lenka Graf was born in Ústí nad Labem, where she studied Czech studies – music at the J. E. Purkyně University and further developed her extraordinary talent at the Prague HAMU. Her studies in singing never end, which is why Lenka is constantly improving under the direction of Director of Vocal Studies Melodie Dickerson, in the CCD program at the State College of Florida.

In 2017, Lenka’s debut album Láska věčná / Eternal love is released, which is a pleasant mix of opera and pop and has aroused a response from listeners and the professional public. The composition Víru dej /Give a hope occupied the top of the charts on Czech Radio Dvojka for several weeks and won the Golden Czech Twelve award. With her first album, Lenka combined her musical and charitable activities and donated all the proceeds from the sale of the CD Láska věčná / Eternal love to the Energy Help Foundation, of which she is a co-founder.

The second album entitled Christmas Messages was released by Lenka Graf in 2018 and is a collection of songs with a Christmas theme. It also includes the Ave Maria prayer, which is a favorite text of musicians of all eras. Lenka’s version is performed by the renowned violinist Jaroslav Svěcený, with whom she has a long friendship. The joint song received a great response in the media and a video clip was made for it.
The most current musical achievement is the EP Staň se co se má stát/ Become what is to happen, released in 2020 and contains 5 solo songs by Lenka Graf. The song Láska pouhá / Love Only from this album was heard in the film Úsměvy smutných mužů / Smiles of Sad Men, based on the short story of the same name by Josef Formánek, directed by Dan Svátek.

Although singing is Lenka’s lifelong passion, in recent years she has devoted her energy mainly to charitable activities. In the field of charity, she has been working alongside her husband Aleš since 2011. Together in 2017, they founded the Energy Helps Foundation, which focuses on financial support for children’s education (eg in the field of heart disease prevention).

Lenka combines her musical activities almost exclusively with charitable activities. Lenka Graf’s live performances are therefore rare moments from which you will not only get the experience of an amazing singing performance, but also a good feeling that you have helped good deeds.

Error validating access token: The session has been invalidated because the user changed their password or Facebook has changed the session for security reasons.
More
More 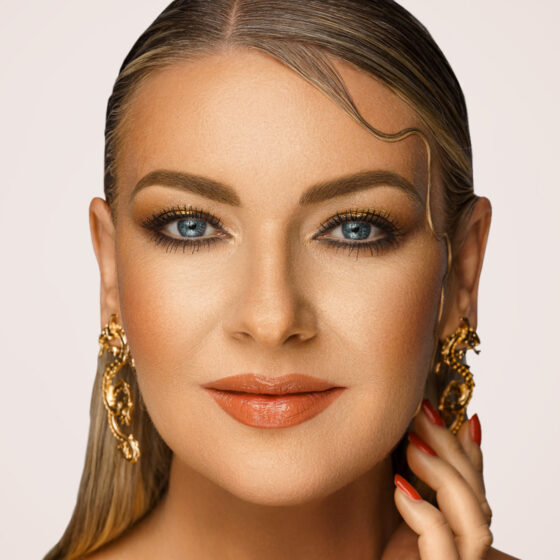 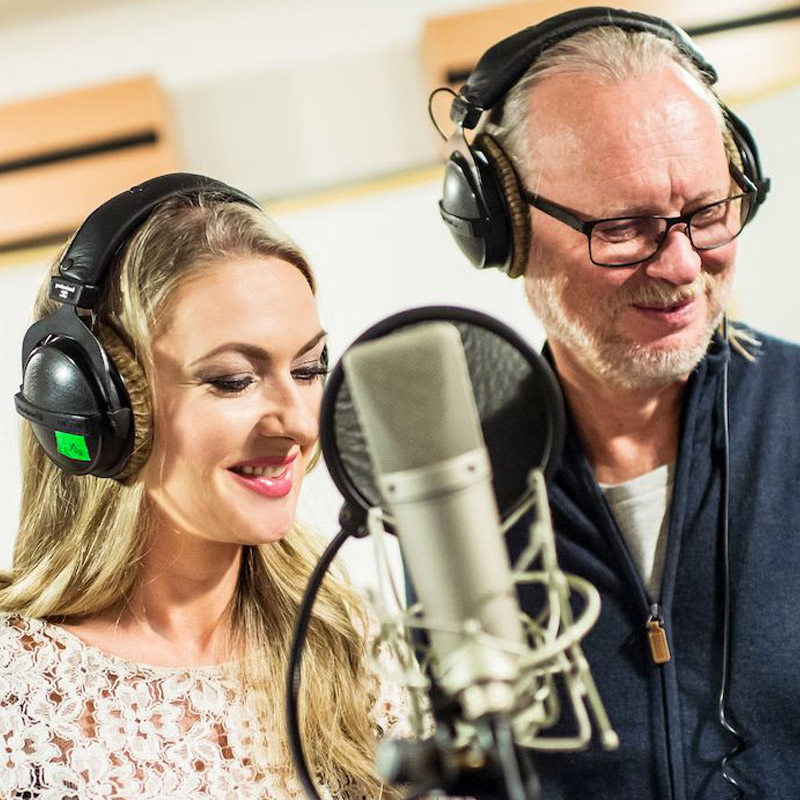 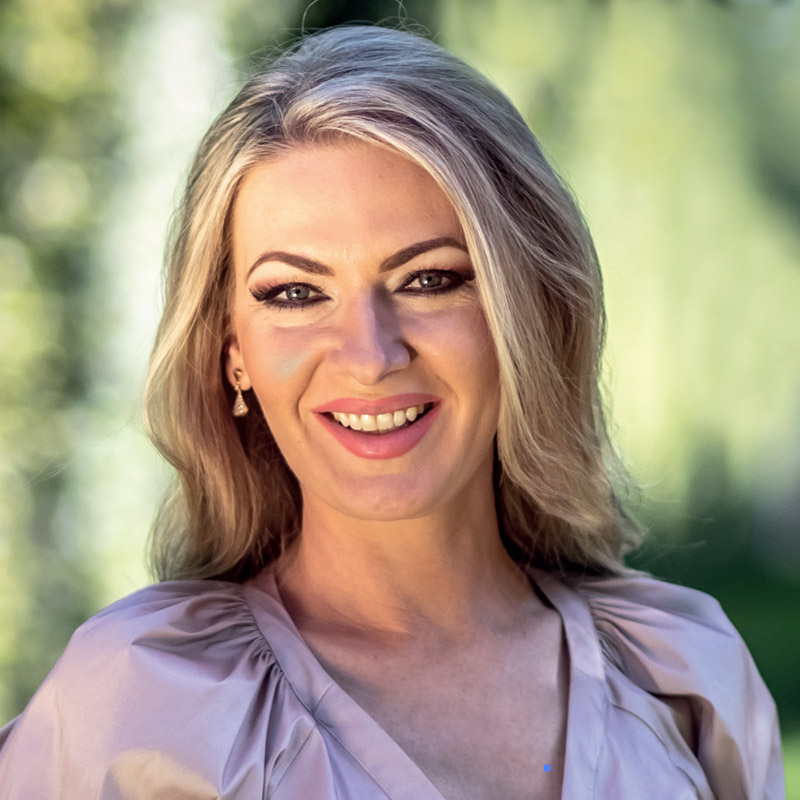 Between opera and pop
Read on Deník ŽENY

The Energy Helps Foundation was established as the Energy Helps project of the same name, founded by CENTROPOL ENERGY, a. s. It supported the belonging of people to the place in which they live, which strongly resonated with the needs of the Ústí nad Labem region. From the beginning, the fund’s activities were strongly associated with music thanks to Lenka Graf and were thus able to successfully penetrate the public consciousness and implement a number of charitable events.

Thanks to the Grafs, a new Energy Helps Foundation could be created in 2017 on the basis of rich experience. Its mission is to provide long-term and systematic support for projects focused on education, healthy lifestyles and children’s artistic activities throughout the Czech Republic. In addition to its long-term goal, it also participates in charitable activities that arise in response to current events in the company.

We use cookies on our website to give you the most relevant experience by remembering your preferences and repeat visits. By clicking “Accept All”, you consent to the use of ALL the cookies. However, you may visit "Cookie Settings" to provide a controlled consent.
Cookie SettingsAccept All
Manage consent

This website uses cookies to improve your experience while you navigate through the website. Out of these, the cookies that are categorized as necessary are stored on your browser as they are essential for the working of basic functionalities of the website. We also use third-party cookies that help us analyze and understand how you use this website. These cookies will be stored in your browser only with your consent. You also have the option to opt-out of these cookies. But opting out of some of these cookies may affect your browsing experience.
Necessary
Necessary cookies are absolutely essential for the website to function properly. These cookies ensure basic functionalities and security features of the website, anonymously.
Advertisement
Advertisement cookies are used to provide visitors with relevant ads and marketing campaigns. These cookies track visitors across websites and collect information to provide customized ads.
Analytics
Analytical cookies are used to understand how visitors interact with the website. These cookies help provide information on metrics the number of visitors, bounce rate, traffic source, etc.
Functional
Functional cookies help to perform certain functionalities like sharing the content of the website on social media platforms, collect feedbacks, and other third-party features.
Others
Other uncategorized cookies are those that are being analyzed and have not been classified into a category as yet.
Performance
Performance cookies are used to understand and analyze the key performance indexes of the website which helps in delivering a better user experience for the visitors.
SAVE & ACCEPT
Powered by